A few steps away from our hotel

A few steps away from our hotel, dicover Magnificent composite building (from 10th to 18th centuries) where the Romanesque and Gothic styles mingle. Twelfth-century crypt, 14th to 16th-century cloister, canopy and organ from 18th century.

The World Centre for Peace

The World Centre for Peace is housed in “the largest and most splendid bishop’s palace in France”, as it was described in Saint-Simon’s “Mémoires”. Designed in 1724 by Robert de Cotte, Louis XV’s senior architect, the outer and inner courtyards, gardens and state rooms now make this a gem of French Classical architecture. Used for discussions, meetings and think tanks aimed at promoting Peace, Freedom and Human Rights, the World Centre for Peace hosts a range of activities throughout the year – exhibitions, talks, conferences, international peace meetings, films, concerts – and a permanent exhibition entitled “From War to Peace”. An educational department caters for school parties throughout the year. It is also possible to hire rooms.

The Monument to Victory

Inaugurated in 1929 by Gaston Doumergue, President of the Franch Republic, its tall tower tops a crypt containing a display of the visitors’ books signed by the French and American soldiers who fought in Meuse.

Underground galleries were dug out between 1886 and 1893 beneath the citadel in Verdun. By 1914, the galleries were some 4 kms long. At the end of the war, they covered a distance of 7 kms. Laid out to provide shelter and living space for 2,000 men, the galleries included 6 powder magazines, 7 weapons stores, a bakery, a mill, a telephone and telegraph exchange, water-lifting equipment for the town and its forts, kitchens and vast storerooms. The bread ovens operated day and night, producing 28,000 bread rations per day. On 10th November 1920, an unknown soldier was selected. He now lies beneath the Arc de Triomphe in Paris. Today’s visitors visit just some of the underground galleries on board a small train.The tour gives insight into the life of soldiers during the First World War. At the end, you can see a reconstruction of the selection of the Unknown Soldier. Read more : http://www.citadelle-souterraine-verdun.fr/en_index.php

Since 1932, the museum has been housed in the Hôtel de la Princerie, an elegant Renaissance mansion which still has a 16th-century galleried cloister and a small Gothic chapel. The wideranging collections include prehistoric, protohistoric, Gallo-Roman and Merovingian collections of archaeological exhibits, 12th to 19th-century sculptures from the old churches, convents and monasteries no longer to be seen in Verdun, delftware from Argonne and elsewhere in the world including other French and Dutch centres, works by 19th-century artists from Meuse and works by Jules Bastien-Lepage and Hector Leroux, an artist from Verdun who won the second Prix de Rome.
One room presents the history of Verdun, a second is filled with furniture typical of Lorraine and a third displays military equipment and weapons dating from the 16th to 20th centuries. Read More :  http://www.musee-princerie-verdun.fr/

Why not take a trip on the River Meuse on board a 110-seater cruiser called Mosa.You can enjoy all the delights of a river cruise and the fun of seeing Verdun from a different angle, with some unique views of its historic buildings.The commentary will describe the close ties between the river and the town. Meet at the marina…
Cruise with on-board commentary from the marina (opposite Quai de Londres). Lunch or dinner cruises also available. Read more : http://www.fluviatours.fr/ 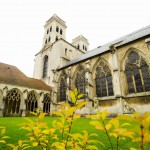 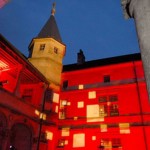 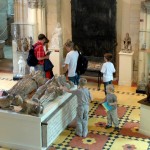 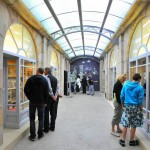 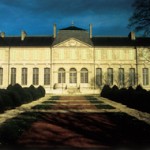